Here are some random bits of information pulled from the net for your curiosity.

Michael Mann’s House (one of them) – I am led to believe this is Michael Mann’s house in Fort Lauderdale, but this is as many details I would provide. Location wise, you will need to find that out for yourself. The house is featured on star tours in the area, so the fact isn’t well disguised locally. A stunning property… (sighs wistfully, imagining the palms blowing in the wind above him … not indoors … obviously) 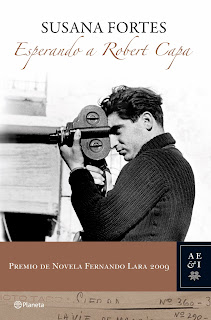 The American Film Market 2010  opened on November 3rd in Los Angeles and Anna Soler-Pont attended on behalf of Pontas in the aim to keep enlarging and strengthening the contacts in the film industry. She had a full schedule of meetings between Santa Monica and Beverly Hills, mainly with producers interested in acquiring the film rights of literary properties represented by Pontas or with possible partners for international co-productions.
… the most important meeting took place during a friendly lunch with film director and producer Michael Mann, whose company Forward Pass and Columbia Pictures acquired the film rights of Susana Fortes ’s novel Waiting for Robert Capa from Pontas last year. The screenplay adapting the novel is being written by Jez Butterworth.

Actors researching their role in “Luck”