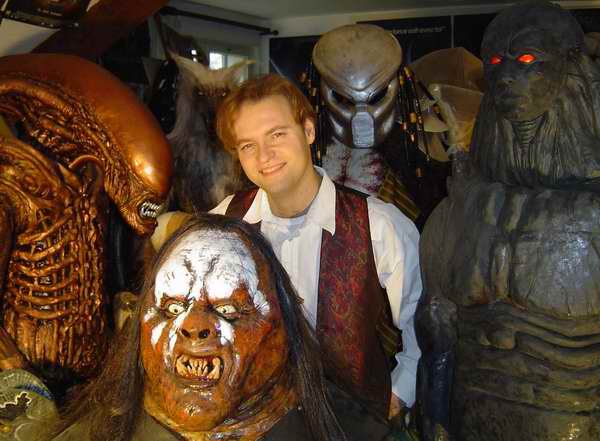 Everyone has their favourite Michael Mann movie, each for a particular reason uniquely known to each one of us. The Keep is one of those movies that steps outside Mann’s usual genre and has attracted criticism, but also praise. As the saying goes, beauty is in the eye of the beholder.

I doubt there is a greater appreciator of The Keep than the gentleman who set up the fansite I am linking to here. The man behind it is Stéphane Piter, who introduces himself by saying:

I have a particular weak spot for a certain enigmatic and entrancing film from 1983 called ‘The Keep’. Ever since I first saw this film I have been collecting articles and interviews with the cast and crew involved, in order to find the film’s weaknesses, successes and failures to reveal the true story behind it.

Michael Mann has fired my imagination since the beginning. His technique of filming, editing and stylising his characters gives an impression of greatness, depth and suspense.

Take a look at the site, where there is just about everything you probably need to know about The Keep. You have to forgive his imperfect English translations of some interviews, but a small price to pay for this guy’s passion for the movie. A big fan, he managed to meet Mann very briefly at one of Mann’s collateral promotional events in France and collected an autograph. Anyone else out there met Mann and have his autograph? Would love to hear your story and experience.

Since the site is like the big fansite over at John Mounsey’s Manhunter site, there is little point repeating it all here. Give the guy a visit and appreciate all his work collecting everything to do with The Keep! Visit his site by clicking here.