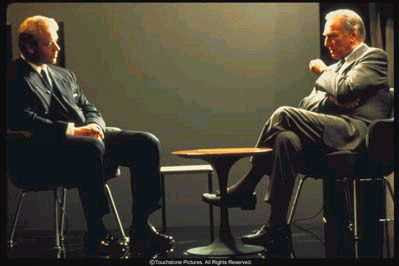 Christopher Plummer, who brilliantly played Mike Wallace in Michael Mann’s The Insider, has written his autobiography. I quote from the The Chicago Tribune below:

Surveying his film career — Plummer has been in more than 100 movies, from Stage Struck in 1958 to The Last Station, due out this year, in which he plays Russian novelist Leo Tolstoy — he can name a few favorite roles. One came in The Insider (1999), an intense true story of a tobacco company whistleblower betrayed by CBS and 60 Minutes. He played TV newsman Mike Wallace with verve and verisimilitude.

“It was one of the better roles,” Plummer says. “My fellow artists — Al Pacino and Russell Crowe and the director Michael Mann — were superb.”

In www.MovieMorlocks.com there is also an interview with Plummer:
TCM: I’m going to jump ahead to something more recent, your performance as “60 Minutes” Reporter Mike Wallace in THE INSIDER. Was that intimidating to play someone who is still quite active and visible in their profession and would probably see your performance?
CP: Well, it was kind of dangerous and I like danger because, you know, I think you have to go in where angels fear to tread. And I met Michael and have even been interviewed by him. And I watched him when I was a youngster…and he was barely a youngster too then…as the angry young man of television. So I didn’t have to do much research because I remembered very well how his voice sounded…and how he attacked everybody and was an extraordinary, probing commentator. No, that was wonderfully challenging and greatly helped I was by Michael Mann [the director] who kept me from imitating him. He insisted that I put some of my own personality into the Mike Wallace character which is correct..because otherwise that’s just a simple imitation of the man and that’s cheap. So he guided me very well though that and I admired him. And of course my friendship began with Russell Crowe and Al Pacino, both of whom I admire enormously. It goes without saying about Al Pacino and Russell Crowe, who is probably the most talented leading man that Hollywood has had in a long time.